I don’t usually do TBRs because I almost never stick to them, but, Pepper, my five year old daughter, desperately wanted to choose the books I would read next. I gave her free range to choose five books for my March TBR and she was thrilled. She looked at all of the covers of the books on my desk and chose any that she thought were pretty (about 20 of them out of 50 or so). Then I either read her the back of the book or told her in a few sentences what the book was about as far as I knew it. And with the descriptions she narrowed it down to five. And I have promised to read them all in March no matter what comes up life or reading wise. The five books she chose are below with cover photos and descriptions from Goodreads.

Samantha Spinner and the Super-Secret Plans by Russell Ginns

This was an impulse purchase at the grocery store after a long hard day. I’ve owned it since September 2019 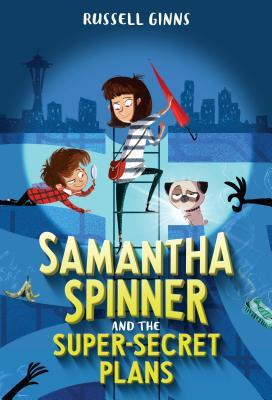 Get ready for round-the-world adventure with Sam Spinner and her brother Nipper in the first book in a new hilarious, puzzle-packed series filled with super-secret messages! Perfect for fans of Escape From Mr. Lemoncello’s Libraryand classics like Holes.

Samantha Spinner’s uncle Paul disappeared, and here’s what he left:
* Samantha’s sister got a check for $2,400,000,000.
* Samantha’s brother got the New York Yankees.
* And Samantha got a rusty red umbrella with a tag hanging off its worn handle. The tag says “Watch out for the RAIN.”

Thanks a lot, Uncle Paul.

After all the strawberry waffles, stories, and puzzles they’ve shared, how could he just leave without saying goodbye? And what is the meaning of that mysterious message?

The answer is simple. Sam knows in her heart that Uncle Paul is in danger. And if he taught her anything, it’s that not everything is exactly what it seems. Which is why we should pay close attention to that rusty red umbrella, and never trust a monkey at a hula-hoop contest.

The RAIN is coming and Samantha Spinner is about to find herself mixed up in some super-important, super-dangerous, super-secret plans.

This is a book we’ve owned for many years. It was a favorite of my late husband. It’s a math adventure story and he was a math lover. Pepper wants me to read this soon to see if she can read it now or if she has to be bigger. She’s a math lover too. 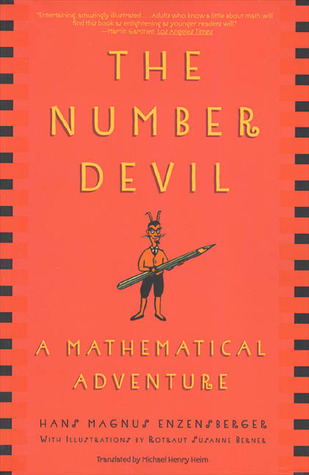 The international best-seller that makes mathematics a thrilling exploration.

In twelve dreams, Robert, a boy who hates math, meets a Number Devil, who leads him to discover the amazing world of numbers: infinite numbers, prime numbers, Fibonacci numbers, numbers that magically appear in triangles, and numbers that expand without. As we dream with him, we are taken further and further into mathematical theory, where ideas eventually take flight, until everyone – from those who fumble over fractions to those who solve complex equations in their heads – winds up marveling at what numbers can do.

Hans Magnus Enzensberger is a true polymath, the kind of superb intellectual who loves thinking and marshals all of his charm and wit to share his passions with the world. In The Number Devil, he brings together the surreal logic of Alice in Wonderland and the existential geometry of Flatland with the kind of math everyone would love, if only they had a number devil to teach it to them.

This book I bought in December 2019 and just haven’t gotten to yet. 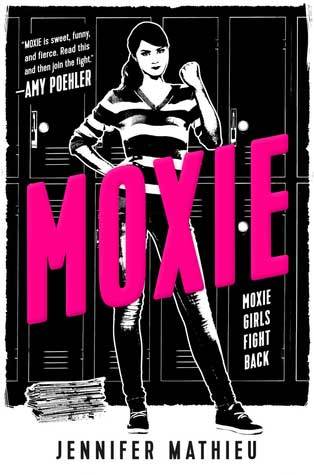 An unlikely teenager starts a feminist revolution at a small-town Texas high school.

Viv’s mom was a tough-as-nails, punk rock Riot Grrrl in the ’90s, and now Viv takes a page from her mother’s past and creates a feminist zine that she distributes anonymously to her classmates. She’s just blowing off steam, but other girls respond. As Viv forges friendships with other young women across the divides of cliques and popularity rankings, she realizes that what she has started is nothing short of a girl revolution.

Moxie is a book about high school life that will make you wanna riot!

The Sun is Also a Star by Nicola Yoon

Natasha: I’m a girl who believes in science and facts. Not fate. Not destiny. Or dreams that will never come true. I’m definitely not the kind of girl who meets a cute boy on a crowded New York City street and falls in love with him. Not when my family is twelve hours away from being deported to Jamaica. Falling in love with him won’t be my story.

Daniel: I’ve always been the good son, the good student, living up to my parents’ high expectations. Never the poet. Or the dreamer. But when I see her, I forget about all that. Something about Natasha makes me think that fate has something much more extraordinary in store—for both of us.

The Universe: Every moment in our lives has brought us to this single moment. A million futures lie before us. Which one will come true?

This book I bought in September of 2019 and haven’t gotten to yet. I don’t know if I want to start a series if I can’t finish it all in one go. 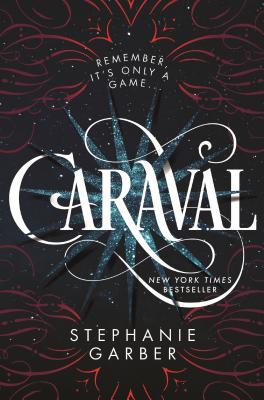 Whatever you’ve heard about Caraval, it doesn’t compare to the reality. It’s more than just a game or a performance. It’s the closest you’ll ever find to magic in this world . . .

Scarlett has never left the tiny island where she and her beloved sister, Tella, live with their powerful, and cruel, father. Now Scarlett’s father has arranged a marriage for her, and Scarlett thinks her dreams of seeing Caraval, the far-away, once-a-year performance where the audience participates in the show, are over.

But this year, Scarlett’s long-dreamt of invitation finally arrives. With the help of a mysterious sailor, Tella whisks Scarlett away to the show. Only, as soon as they arrive, Tella is kidnapped by Caraval’s mastermind organizer, Legend. It turns out that this season’s Caraval revolves around Tella, and whoever finds her first is the winner.

Scarlett has been told that everything that happens during Caraval is only an elaborate performance. But she nevertheless becomes enmeshed in a game of love, heartbreak, and magic with the other players in the game. And whether Caraval is real or not, she must find Tella before the five nights of the game are over, a dangerous domino effect of consequences is set off, and her sister disappears forever.

Welcome, welcome to Caraval . . . beware of getting swept too far away.

Have you read any of these?

2 thoughts on “Pepper Picks My TBR”