While unpacking books I noticed there were words that I found again and again in the various titles. One of the words I noticed several times is the word bee. There are five books on my TBR that have that word in the title. Photos and blurbs for each book below are from Goodreads. 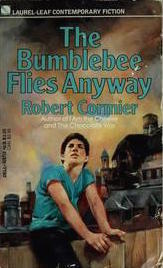 Sixteen-year-old Barney can’t remember life before the Complex, an experimental clinic. He knows he’s different–he’s the control subject. Then he uncovers a terrible secret about himself, a secret that drives him to fulfill his and his fellow subjects’ ultimate dream. The Bumblebee must fly! 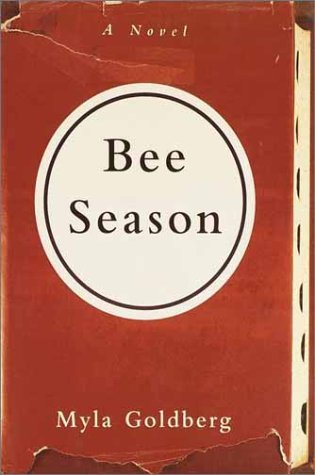 Eliza Naumann, a seemingly unremarkable nine-year-old, expects never to fit into her gifted family: her autodidact father, Saul, absorbed in his study of Jewish mysticism; her brother, Aaron, the vessel of his father’s spiritual ambitions; and her brilliant but distant lawyer-mom, Miriam. But when Eliza sweeps her school and district spelling bees in quick succession, Saul takes it as a sign that she is destined for greatness. In this altered reality, Saul inducts her into his hallowed study and lavishes upon her the attention previously reserved for Aaron, who in his displacement embarks upon a lone quest for spiritual fulfillment. When Miriam’s secret life triggers a familial explosion, it is Eliza who must order the chaos.

Myla Goldberg’s keen eye for detail brings Eliza’s journey to three-dimensional life. As she rises from classroom obscurity to the blinding lights and outsized expectations of the National Bee, Eliza’s small pains and large joys are finely wrought and deeply felt.

Not merely a coming-of-age story, Goldberg’s first novel delicately examines the unraveling fabric of one family. The outcome of this tale is as startling and unconventional as her prose, which wields its metaphors sharply and rings with maturity. The work of a lyrical and gifted storyteller, Bee Season marks the arrival of an extraordinarily talented new writer.

The Secret Life of Bees by Sue Monk Kidd 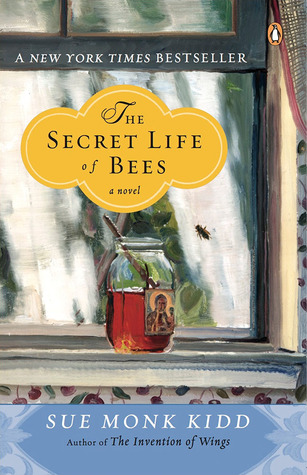 Set in South Carolina in 1964, The Secret Life of Bees tells the story of Lily Owens, whose life has been shaped around the blurred memory of the afternoon her mother was killed. When Lily’s fierce-hearted black “stand-in mother,” Rosaleen, insults three of the deepest racists in town, Lily decides to spring them both free. They escape to Tiburon, South Carolina–a town that holds the secret to her mother’s past. Taken in by an eccentric trio of black beekeeping sisters, Lily is introduced to their mesmerizing world of bees and honey, and the Black Madonna. This is a remarkable novel about divine female power, a story women will share and pass on to their daughters for years to come.

Of Bees and Mist by Erick Setiawan 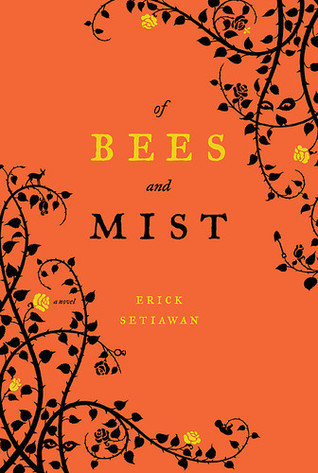 Of Bees and Mist is an engrossing fable that chronicles three generations of women under one family tree and places them in a mythical town where spirits and spells, witchcraft and demons, and prophets and clairvoyance are an everyday reality.

Meridia grows up in a lonely home until she falls in love with Daniel at age sixteen. Soon, they marry, and Meridia can finally escape to live with her charming husband’s family—unaware that they harbor dark mysteries of their own. As Meridia struggles to embrace her life as a young bride, she discovers long-kept secrets about her own past as well as shocking truths about her new family that push her love, courage, and sanity to the brink.

Erick Setiawan’s astonishing debut is a richly atmospheric and tumultuous ride of hope and heartbreak that is altogether touching, truthful, and memorable.

Beeline to Trouble by Hannah Reed 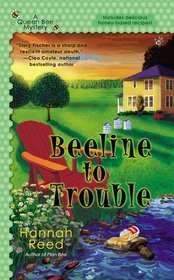 Folks in Moraine, Wisconsin, are buzzing about the latest swarm of trouble humming around Story Fischer…

It’s a real buzz-kill when beekeeper Story Fischer gets a visit from her frantic sister. Now she has to help host a combative trio of professional food flavorists. Good thing the well-stocked shelves of Story’s grocery store, the Wild Clover, can provide the morning meal.

During a pre-lunch tour of Story’s hives, however, one of the guests is found dead. Just what Story needs only days after hunky boyfriend, Hunter Wallace, finally decided to move in. As if a dead body isn’t enough to put a damper on romance, Story becomes a prime suspect when the carrot juice she brought with the breakfast fixings is found to contain poison. Now it’s up to Story to comb through the evidence and find the real perpetrator before she ends up getting stung herself…

I have owned all five of these books for at least eight years. They were all acquisitions from my time working at a library. I don’t think I’ve read any of these books before. Of these I am most interested in reading The Bumblebee Flies Anyway. I read I Am the Cheese by that author years ago and remember really loving it.

Have you read any of these books? Any that you recommend?